It was a Mic.com article that reminded me that Aaliyah‘s last album, Aaliyah, was released fifteen years ago, on July 7, 2001. I became a mixed bag of emotions reading the headline. I felt mainly happiness because the album is one of my all-time favorites. But also, a tide of sadness. Who knew, back then, it would be … END_OF_DOCUMENT_TOKEN_TO_BE_REPLACED 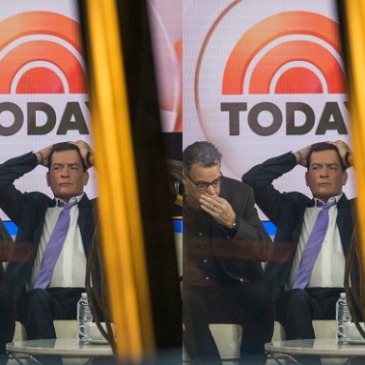 Today is World AIDS Day. I would have never thought that out of all the actors in Hollywood, an announcement by Charlie Sheen would’ve meant anything to me at all. Aside from his surprising comedic talent during his tenure on Two and a Half Men, I otherwise knew Sheen as a notorious, reckless, non-stop party … END_OF_DOCUMENT_TOKEN_TO_BE_REPLACED

Having lived in New York for five years, I regularly came across articles and rants about the downfall of cool and blanket of corniness that took over the neighborhood of Williamsburg in Brooklyn. If you live in New York, it is wildfire fact that Williamsburg is the place you love to hate but would secretly … END_OF_DOCUMENT_TOKEN_TO_BE_REPLACED