Earlier today, Adidas announced they wouldn’t produce what’s been deemed the “shackle shoes” (its given name was the JS Roundhouse Mid) due to the outcry delivered online that called the sneakers, with its orange shackle bounds for the ankles and chains hanging in the back, as “racist”, as even the Reverend Jesse Jackson made a comment, following the 3,500 others on Adidas’ official Facebook page.  According to CBS in Detroit, 45% of possible consumers said they wouldn’t buy it because they saw the shoe as “ugly” as opposed to being insensitive.  Scott explained that the shoes weren’t meant to be racist by any means, and that they were inspired by a stuffed animal made in 1986 called the Pet Monster, as blogger Necole Bitchie reported earlier.  The shoes, as a part of the F/W ’12 collection, were going to be sold for $350.

Did you guys honestly find the sneakers offensive?  Did people overact, even if their reasons were/are justified? 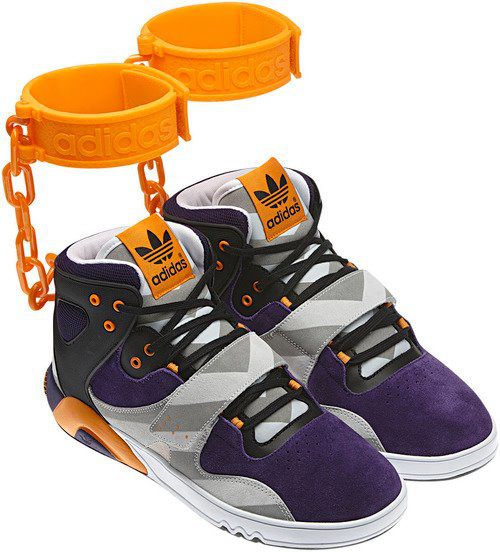