Where Have All the Black Girls Gone? A Closer Look at Carlesha Lost and Found… 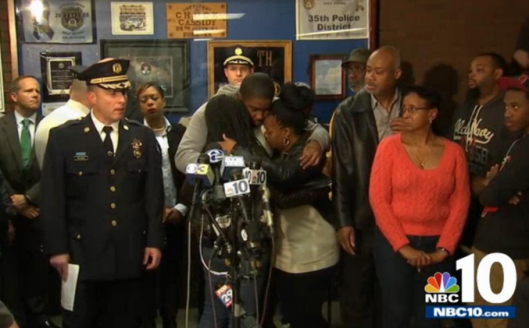 When the scary kidnapping of the young Nigerian schoolgirls, by the terrorist group Boko Haram, made news stateside, against the flood of sentimental tweets and Instagram posts (made mostly by American-resident black women) with the hashtag #bringbackourgirls, some wouldn’t let the virtual altruism be. The hashtag was challenged by the truth that American has its own problems with racial, gender, and socioeconomic unrest, why don’t we hashtag for our own abominations. My mind temporarily began to think cynically as I found the edging on mockery of the aforementioned hashtag just another sign of world peace once again an illusion, the haughty behavior of those that opposed the well-meaning slogan was unnecessary and a little hypocritical considering the cold facts about the maltreatment of when black women are kidnapped in America.

So you say, we have our own problems that are somewhat akin to Boko’s Haram’s executed abduction. You’re right. We do. What have these same tough individuals done for the land of the free in bettering the climates of black people or blue-collar America? For what’s it’s worth, a supportive hashtag is acknowledgment that if push comes to shove, people don’t want to complicit, and I couldn’t help but think, if there is so much conversation about this country’s safety stats, and let’s say in particular the black people here, how could it be that, as reported in July of 2014, 64,000 black women and girls have gone missing and that’s just in America alone? Have you tweeted for them yet? How are we gonna solve this problem?

Many black publications have been sore about this subject before, and we’ve seen that when a black child goes missing, the coverage is less magnified than say when white children have disappeared. And already this contrast gets uncomfortable because it shouldn’t be a competition in any shape or form on who gets more media attention and families edging for camera time like vultures on reality TV–because it is not–but when a staggering number of black women and girls are missing and they remain literally nameless and faceless to Americans while JonBenet Ramsey and Elizabeth Smart have nearly become trivia questions for ’90s and ’00s news stories, there is a real problem. Even America’s other cherry-picked punching bag, the black male, receives more of a spotlight than his black female counterpart. Tragedies are tragedies and every missing child and person deserves to be known to the public, but could we say that it is a now fact that missing black women are at the bottom in receiving the necessary attention towards finding them? I’m not going to lie to you about this, for example. I was surprised that the shocking, impulsive killing (of innocent and hopeful for a good Samaritan) Renisha McBride made national news at the level it did because black women during times of tragedy and public help have been left to figure itself out. Immediately, following news of her killing, Black Twitter went online to hashtag #JusticeforRenisha and the Internet has shown to be helpful whenever anyone goes missing. When the model, and niece of fellow model Alek Wek, Ataui Deng went missing, all of her model and celebrity friends from Chef Roble, Joan Smalls, Jourdan Dunn, to Rihanna on Twitter, posted a picture of her and who to contact if any information about her wheareabouts could be disclosed. Due to posting on social media, coverage on Deng even made it to BuzzFeed, and thankfully, she was found hours later in New York City. 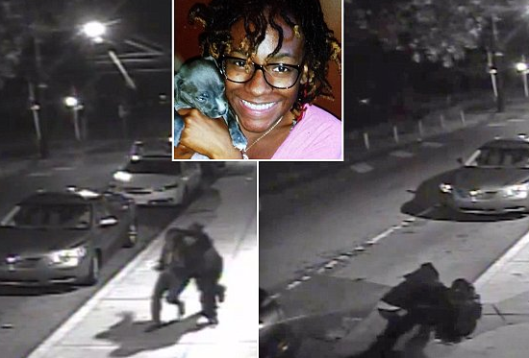 Speaking of safe returns, most recently, the Philadelphia kidnapping of Carlesha Freeland-Gaither has offered 2014 its equivalent of the Miracle on the Hudson, because the 22-year-old was found a bit bruised and shaken but in one piece in Maryland. Freeland-Gaither’s nightmare, one which the FBI was on the case, quickly made headlines on not just black websites, but on national and local newscastings. Even my hometown of Boston were on it, as well as the U.K.’s The Daily Mail, but was there other reasons, beneficial to these news shows as to why it gained so much momentum outside of the black news space? Her kidnapping was captured on plain video. Now, as a post disclaimer, this is not to discredit the shock and concern over Freeland-Gaither’s momentary disappearance, it should’ve been posted everywhere, but in today’s news landscape that includes the campy, harsh lights of online rags like TMZ, having evidence in the form of a video, audio, and of course pictures sensationalize the situation because their torture becomes a short film. While we all likely acquiesced to the bleak video of Ray Rice utterly assaulting his future wife Janay to the point of unconscious in a hotel elevator, the video itself was uploaded for the world to see on repeat whenever such a need might arise. That’s terrible. Having video evidence is nothing new, but if we’re going to talk about the lack of missing black women, or black women in turmoil and in need of help, and such disturbances are shown on a massive platform, are their misfortunes then highlighted out of genuine concern, news filler, or worse…underlying humilation? Like to further beat somebody up when they’re down? I share no relation to Janay, but in just seeing the first minute of her abuse, it felt like public humiliation. What if there wasn’t video of Freeland-Gaither being taken? Would KTLA in Los Angeles care as much as the Philadelphia Weekly? Due to America’s weird pattern of choosing when to care about missing black adults and children, some organizations have developed on their own in order to try and bring everyone back home, including Black and Missing, and are quite active on all popular social media engines.

The original launching pad for #bringbackourgirls might have been from a Nigerian atrocity. Six months later, some girls are only slowly being returned, but the call has begun to speak for more than just their foremost martyrs. In bringing back any of our “girls” safely home it is a universal plea to not just care or be concerned for white women, or men and children, as the damsels or distressed, but for the millions of others that just happen to be of color and like so many today, and yesterday, that have the right to be home, wherever that may be. How about #bringbackeveryonehome.