Azealia vs. Azalea: Why Do We Care If White Artists Respond To Black Issues? 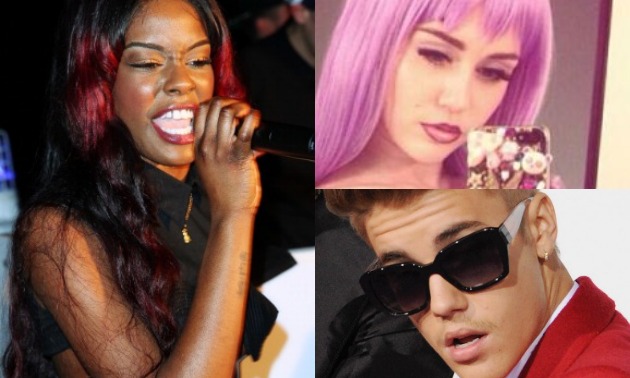 Having reached her threshold of witnessing enough Black cultural heists from today’s White artists, rapper Azealia Banks stirred a huge pot of emotions when she instigated the topic of White artists not paying it forward to the Black community. Following the non-indictment for White Officer Daniel Pantaleo, who killed Black Eric Garner with an illegal chokehold in Staten Island, NY, Banks tweeted a series of snarky and angry responses about cultural and racial appropriation, and a bunch were directed at her chosen rival, White rapper Iggy Azalea (who became “Igloo Australia” in Banks’ tweets).

“Its funny to see people Like Igloo Australia silent when these things happen… Black Culture is cool, but black issues sure aren’t huh?”

Banks has a history of taking Azalea (and number of White artists) for successfully eaten off “Black” music to task and the Broke With Expensive Taste rapper has even once referred to them as “corny.”

“If you’re down to ride with us bitch you gotta RIDE ALL THE WAY,” she added.

While her Kanye level rants can be damaging to her public persona, beyond the uncouth language, Banks’ latest venting session is filled with some valid points. Evidently, in entertainment, Black people are good enough for music and fashion, but not to stand united against injustice. At least according to artists like Banks, but also social conscious rapper J. Cole.

LOL… IM PETTY, but its so true, ugh, that wannabe black girl shit makes me wanna throw a jar of my piss at her LMFAOOOO.

Prior to Banks, social media had already noticed the lack participation of popular White artists not participating in the #BlackLivesMatter discussion and users were calling a lot of shots.