A Tribute: Oscar de la Renta and the Impact of Elegance

My earliest memory of the fashion designer Oscar de la Renta is his perfume. It was one of my grandmother’s chosen favorites. If it wasn’t already sitting pretty in her cream colored bathroom, one was being repurchased. She always had one and one was given to her for birthday or Christmas.

The legendary fashion designer passed away on October 20, 2014 at hie home in Kenn, Connecticut. Though he had been battling cancer for almost ten years, he never seemed to stall towards his first professional love of designing. This year alone, the Dominican Republic born had notable moments. In particular, I’m thinking of this year’s Met Ball, where regular de la Renta wearer Sarah Jessica Parker cascaded the elite red carpet with what was seemingly a classic gown, complete with arm gloves, but on the train featured a massive checkerboard print pattern and his brand’s signature in fire engine red. And just this fall, he custom made Amal Alamuddin’s wedding dress for her marriage to George Clooney. He was still working, still designing history up until his death at 82 years of age. Also, I still can’t recall Beyoncé apearing at any other cities or designer’s Fashion Week presentation except for New York when it was held under the Olympus label and for only de la Renta’s 2005 Fall show. 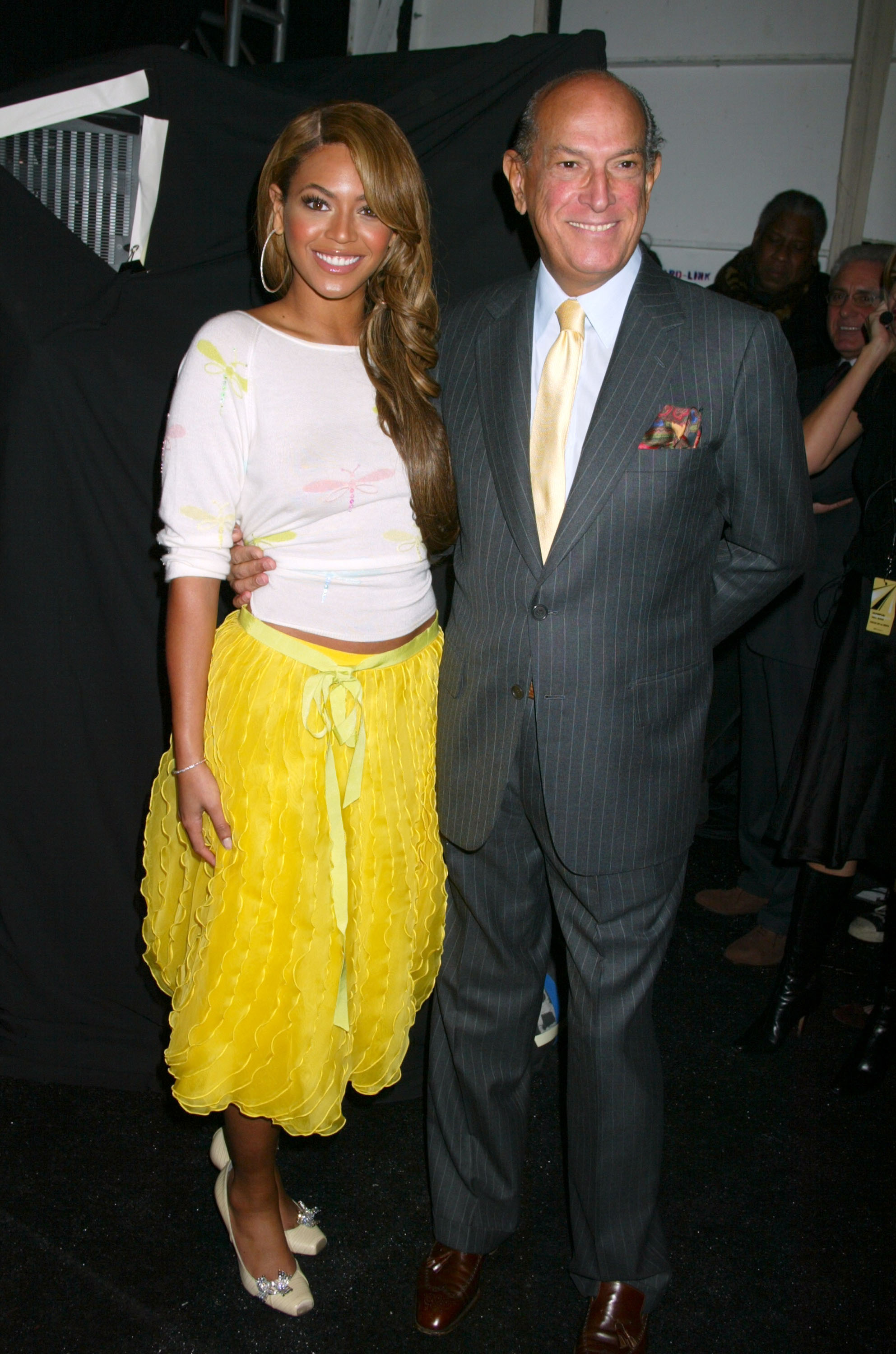 When you heard the name Oscar de la Renta, it just exemplified the most pristine ideals of glamour and class, and while on paper, that possibly translates as “unattainable”, along his admirable execution of elegance, something about the aura of his clothes made his brand feel inclusive. Maybe that had a little to do with my grandmother loving his perfumes. 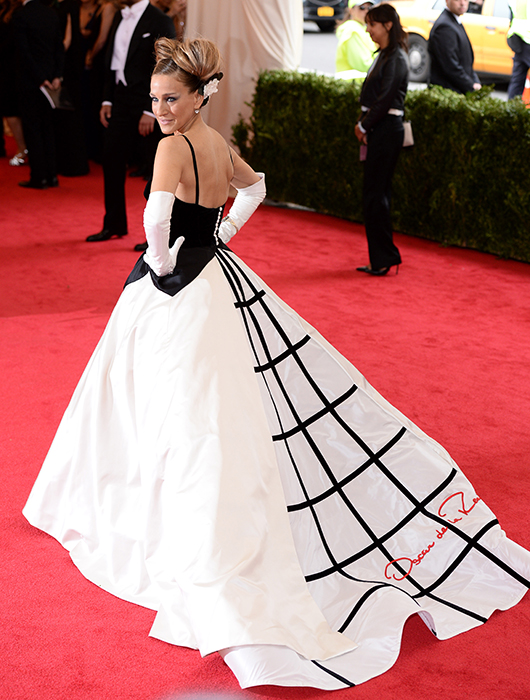 As fashion and style is a most fickle business (I’m oddly correlating this to restaurants), de la Rentta and his passion for elegance stood strong even during the rise of rock ‘n roll chic brands like Balmain and the rebirths of a more gothic Givenchy and Balenciaga. When a celebrity disclosed that they were wearing Oscar, you already knew it was going to be classically beautiful. You would think ” of course”. “Can’t go wrong with that”. Elegance still mattered in a modern fashion landscape of bodycons and platforms. de la Renta was also a bit underrated for was when it came to his designs whether it was a First Lady or a movie star wearing him, he also celebrated the grandeur notion of women as individuals. He presented silhouettes that were feminine, but aded twists in his creations. It could of been the color choice for a cocktail dress or the addition of rumpled big bows on the back. He knew how to mix a little fun with tradition.

In hearing about his passing, I was surprised but not saddened. Why? He left us having lived a full life and made a living out of his core interest. As a fan, I admired his journey as a man from then Dominican Republic that through talent and grind became one of the most prominent faces and brands of American fashion. Now, that’s the American Dream right there. Con amor, rest in peace, senor.

When I started, the woman went to the store to buy a dress. She saw it in pink and red, and then she remembered that the husband, who is probably going to pay for the dress, loves it in pink. So she buys the pink. Today, the same woman goes to the store and remembers the husband likes pink, and she buys the red.