I’m going to give Marc Jacobs the benefit of the doubt because I know that he’s not the one telling everyone and anyone that he invented the hairstyle of Bantu knots.

But I know who I will blame for the recent case of cultural appropriation, which is the White media. The “White media” (aka most publications and news sources, headed by White male CEOs or directors, often male) are again crediting White celebrities or Caucasians with a style or trend that originated with Black people or African cultures. This time, Bantu knots are the bait.

Two years ago, “twerking” apparently never occurred until Miley Cyrus was in desperate search of a groove she is still too young for. (Peeped how Beyonce however sang “Dip it, pop it, twork it, stop it, check on me tonight” for “Check On It” in 2006). In 2014, the usually socially aware Marie Claire claimed Kendall Jenner‘s corn rows were “epic” and the new thing. And last year was the disaster of the big butt phenomena. According to the media, we were all rushing to enlarge the glutes, courtesy of Iggy Azalea and not “Baby Got Back” from over 20 years ago.

But Bantu knots now? No, wait. They’ve been re-branded as “twisted mini buns” thanks to the hair tutorial site, Mane Addicts.

Unless I’m in line for a mouth-watering Cinnabon, there is no such hairstyle. Aside from maybe, the pasty inspired name of Princess Leia buns from Star Wars. 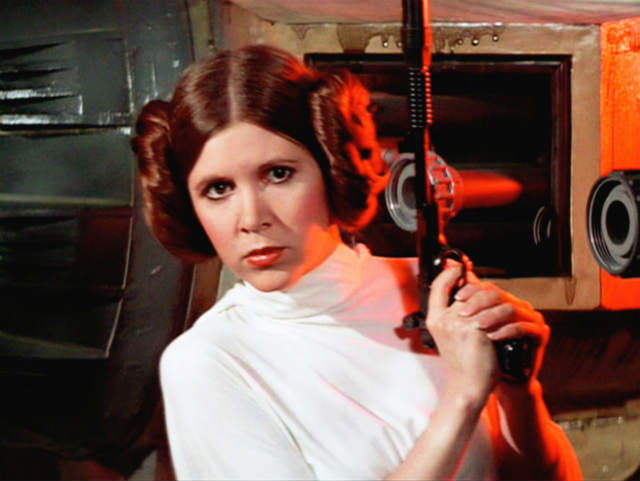 Evidently, the page has been taken down by Mane Addicts, but Instagram users took screenshots of the article to support the hashtag of #WeTaughtMarcJacobs or #ITaughtMarcJacobs. Accompanied by tag are selfies of a naturally curly or coiled hair textures, awesomely wrapped up in lots of Bantus.

Everything that could be said about cultural appropriation has already been proclaimed since Cyrus couldn’t stop in 2013. But would it be farfetched to think it’s beginning to be done on purpose? Even the White media’s one of two favorite Black girls, Rihanna, wore them last year at the I Heart Radio Music Awards. Who did Mane Addicts they miss that one? (And for a laugh, let’s recall how serious People magazine was when they reached out to a South Bronx hairdresser on tips to rock a “doobie” like Rihanna did at the 2013 Billboard Music Awards).

Why are some members of the White media so afraid to integrate their sources? Granted, maybe I answered my own question. Yet, when media types do this, they’re only making it appear as if they do not or can’t identify with “White Americana” culture and that it can’t come up with cool shit that will inspire others too.

Aren’t you tired of being the punching bag for unoriginality or in behaving as culture vultures? I mean, twisted mini buns? Even the names whitewashes the original. “Bantu” clearly sounds exotic, foreign or different. Gosh.

Stop it! The very cultures and people that have inspired you this month or this season (here’s looking at you Aloha), are worthy of the recognition every time they are rediscovered or the basis. You can come to the party! But we know who baked the goods.

(Obtain a brief history of the Bantu knots here, through the Atlanta Black Star. The hairstyle has been around since the late 1800s).

3 responses to “Stop Columbusing 101: They Are Called “Bantu Knots”, Not “Twisted Mini Buns”!”