The MAKE Beauty Showroom, in Soho, in New York, NY. MAKE Beauty, under the We See Beauty Foundation, are makeup products with a purpose. A new brand, whose chemists include those that used to work with Bobbi Brown, are completely free of paraben and animal-testing and celebrates us expressing our individuality to the fullest. The usuals are there such as lipsticks and blushes, but they also sell some very innovative products such as a Lip Oil that removes stubborn lip color and the Moonlight Primer, scientifically proven to shield skin against “free radicals, pollution, and heavy metals.” Wowza! My complaint makeup wise is not I think one shade darker for the warm tones of their liquid foundation would’ve been great, but they were mindful of this when creating the powders. I also co-sign the concealer for undereye. I personally own

My complaint makeup wise is not I think one shade darker for the warm tones of their liquid foundation would’ve been great, but they were mindful of this when creating the powders. I also co-sign the concealer for undereye. I personally own the Solstice Bronzer in W3, Satin Finish Blush in Marie Antoinette, Skin Illuminator in the rose gold color and was gifted the Matte Lipstick in Radiacchio for my purchase.  I also kindly received in the mail, free of charge, the Marine Salve.

Ten percent of sales are donated to the We See Beauty Foundation, supporting women artists and women-led cooperations “across the Americas.” 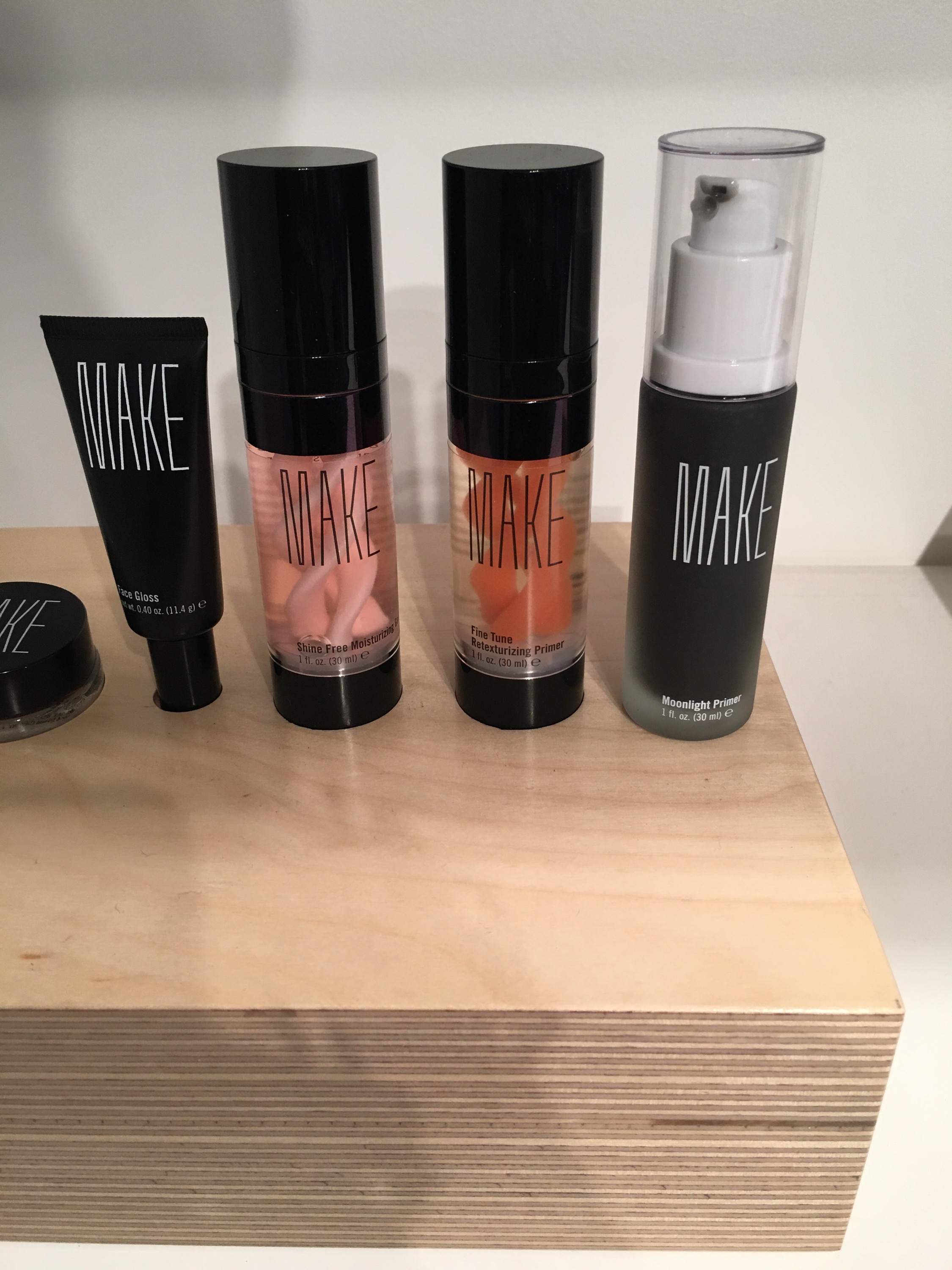 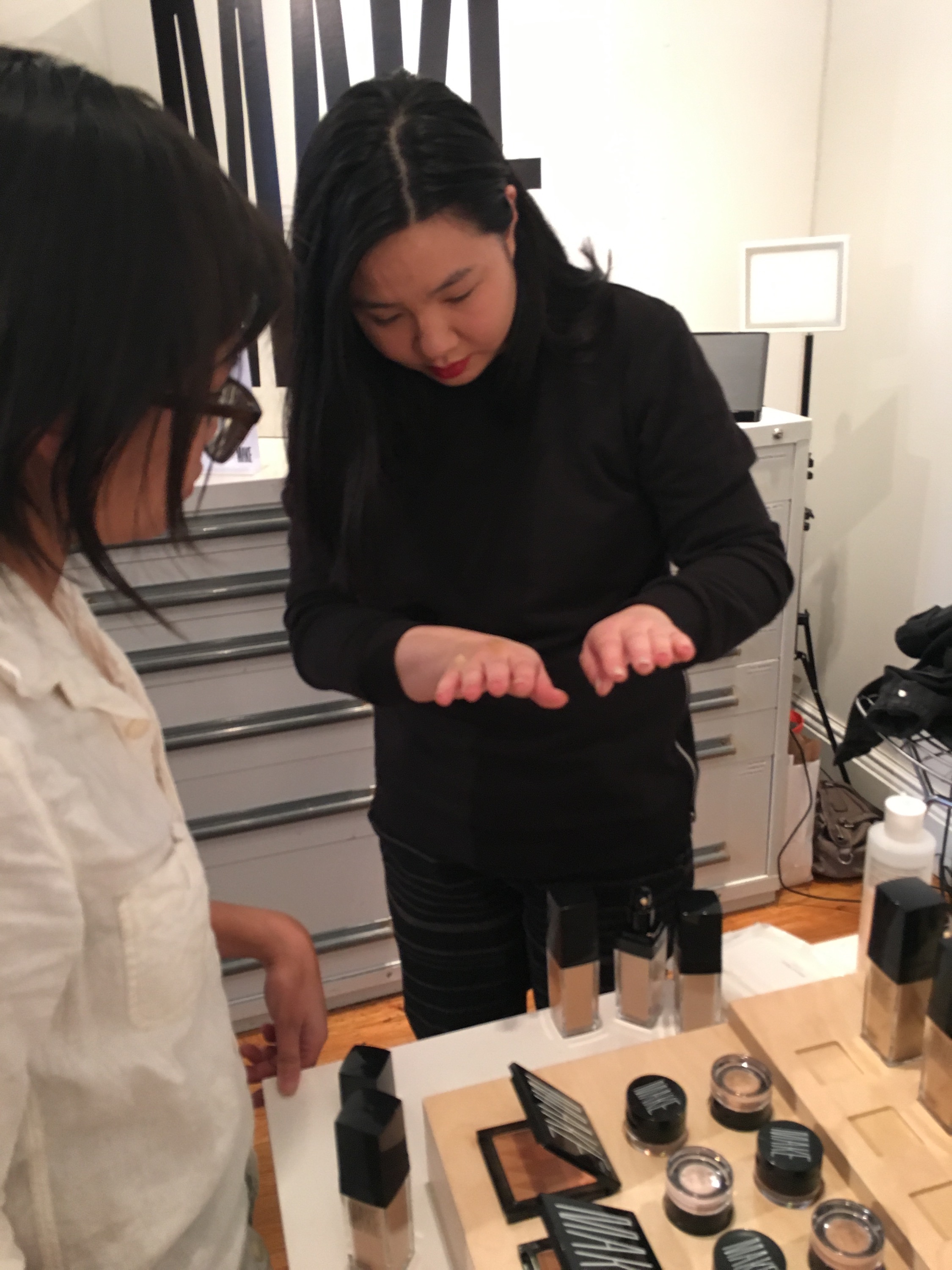 Over at VFiles, also in Soho, and later that afternoon, up and coming artist Chynna performed in-store. She did a small set of her tunes and is slowly making her name known in entertainment and fashion circles. She’s from Philadelphia, but currently resides in Brooklyn. She’s sometimes associated with the A$AP Mob because previously, she had contacted the late A$AP Yams to be his intern. He in return befriended her and encouraged her to fine tune her rapping skills and rhymes. Chynna, last name Rogers, additionally modeled in the Spring 2015 campaign of DKNY alongside Cara Delevigne and Binx Walton.

At Ricky’s “Hashtag” store in Soho, staff were super excited to be hosting celebrity makeup artist Angel Merino, online he’s known as Mac Daddy, and the newest shade of his Artist Couture Diamond Glow Highlighter in “Broadway.” The store quickly filled up with Merino fans and curious passersby. He took pictures with his fans and frolicked. Later that night, those that made a purchase of Artist Couture were granted a free live tutorial class, with Merino himself, on how to use it. 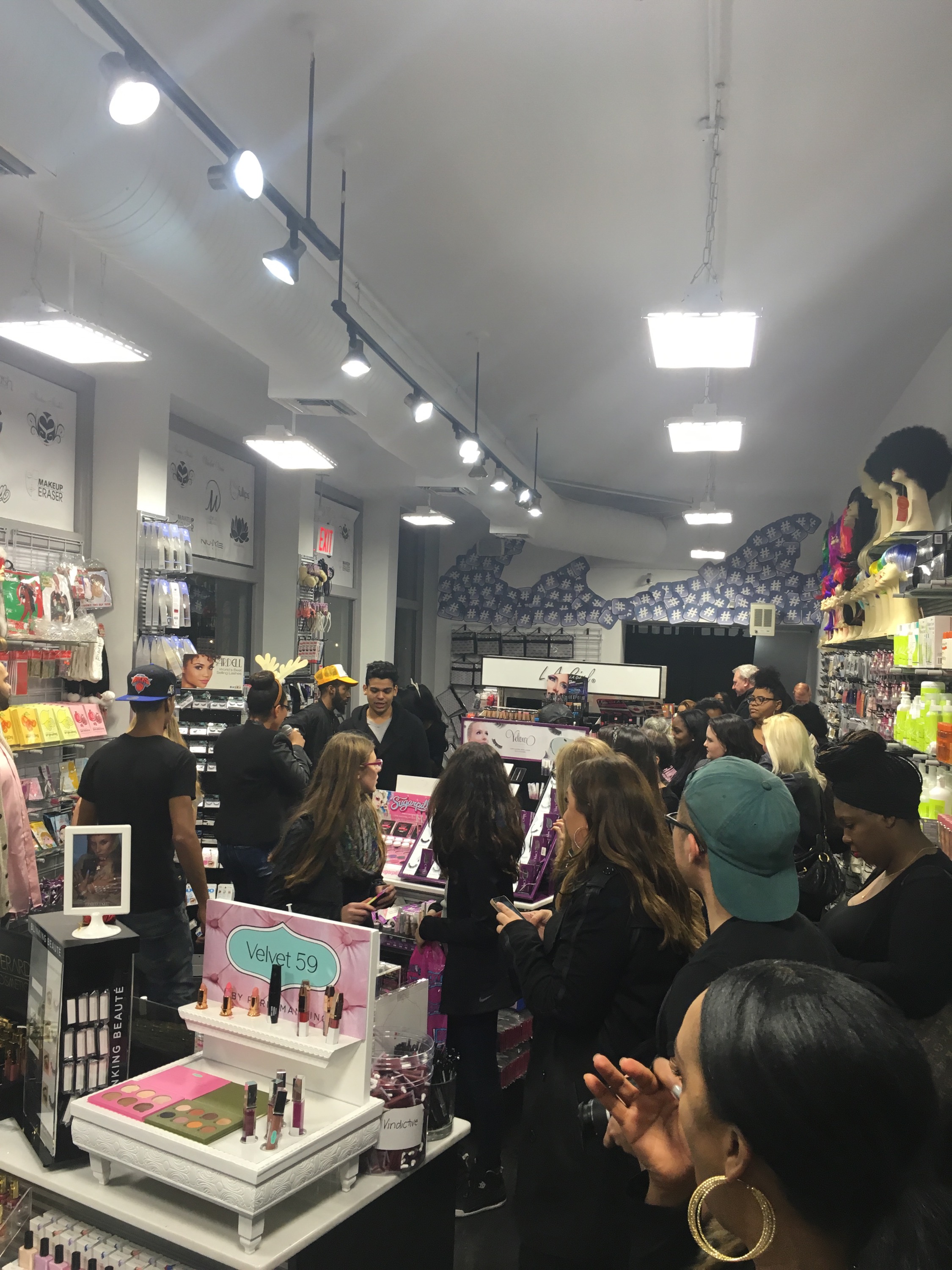 Chinatown in Manhattan still hosts some of the best Asian cuisine and shops for trinkets and treats.  My friend took me to place called New Malaysia, a true hideaway location, but a restaurant that won accolades from both the Zagat Guide and Michelin. 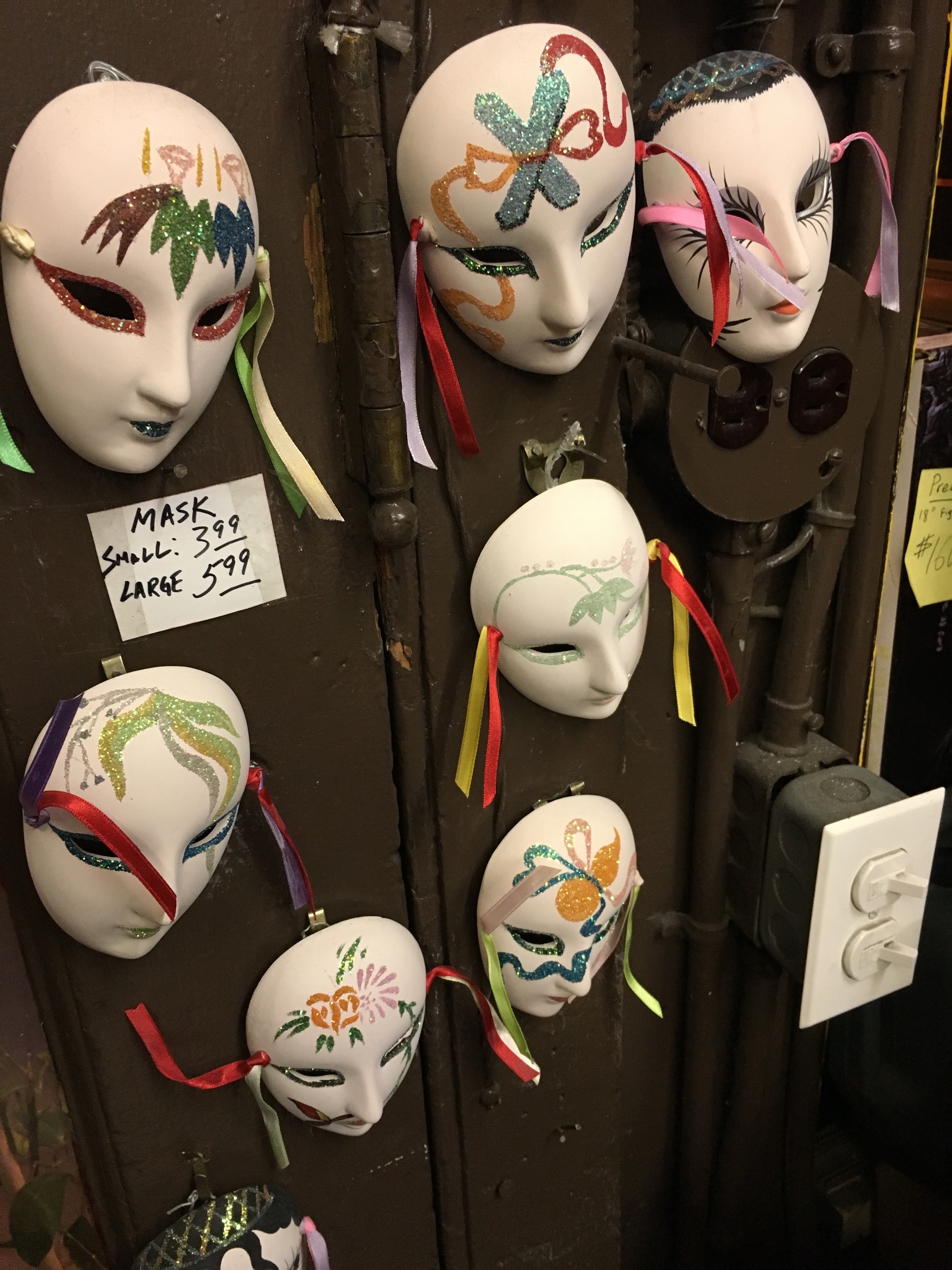 Little Italy was lively as Christmas decorations were everywhere on the restaurants. The ending where it meets up with Chinatown held some impressive street art too. 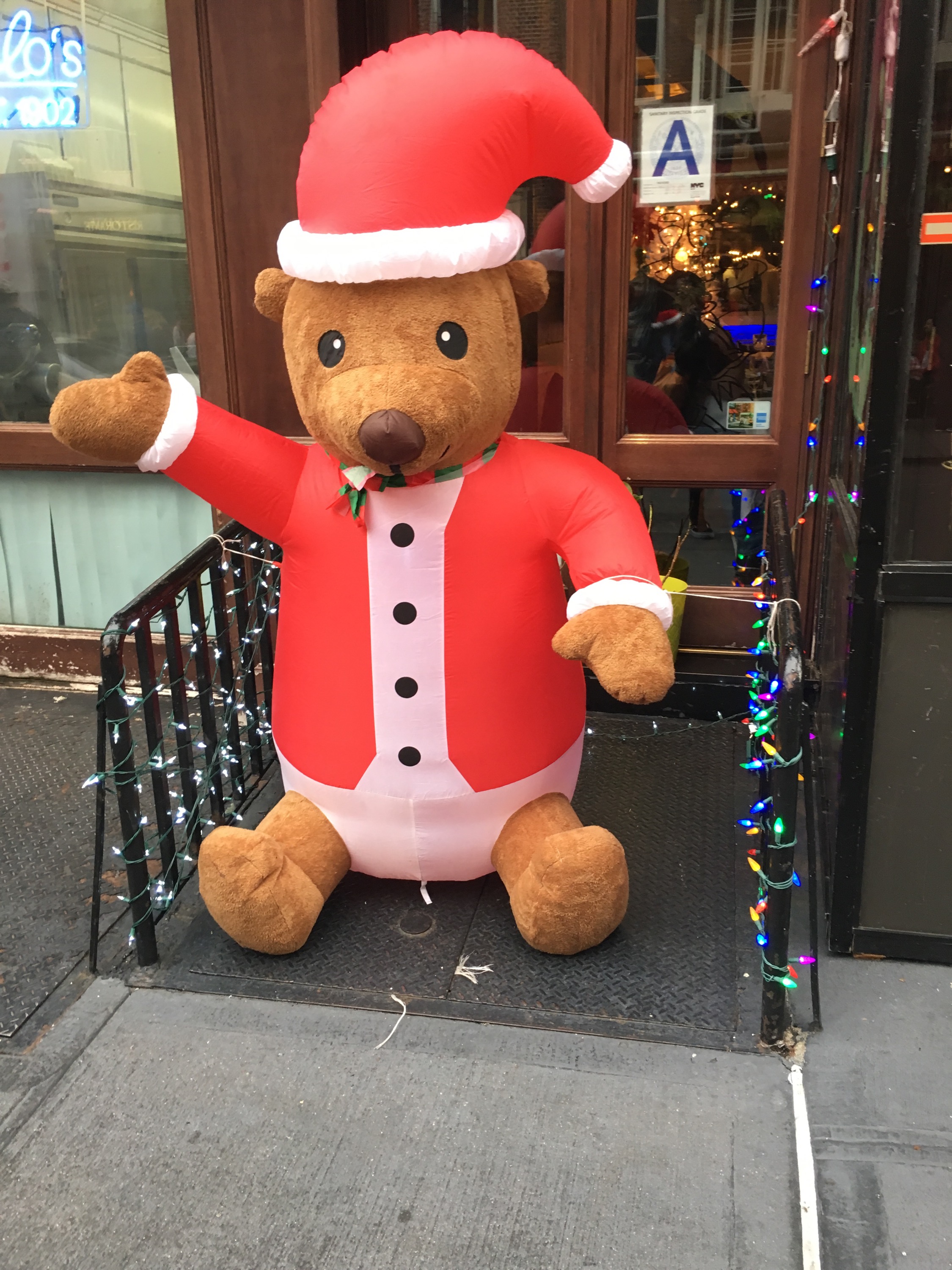 Soho was as Soho as ever with massive billboards, shoppers, and kooky art.

Again, the street art of Bushwick will make you camera happy. You recognize these characters here?